What gives humans the ability to see colors and shapes, read a newspaper, or watch a movie?

For centuries, psychologists, philosophers and biologists have struggled to understand how and why we are able to process and understand visual data. No matter how well we see in our youth, our eyes also change throughout our lives, says optometrist Dr Hongping Xu, and we’ll all need some kind of corrective lenses eventually, if we want to continue seeing. these colors and shapes. .

Xu has opened a new optometry practice in Cheshire, located at 28 South Main St., where he uses his scientific training to better understand and solve a patient’s vision problems. Xu opened the new office just a few months ago, in what was previously his own primary care physician’s space.

The optometrist is excited about the possibility of bringing the same standard of care to patients in the field of vision.

To celebrate the opening of Clarivision’s new office, Xu hosted an open house on Nov. 9, where he offered free eyeglass adjustments to seniors to introduce his practice to the community he hopes to serve.

Married with two children, Xu has lived in Cheshire for 13 years. He was born in the city of Taiyuan in Shanxi, a province in northern China, and graduated from Shanxi Medical University, where his first major was pediatrics.

Xu then obtained his doctorate. in Physiology of Vision from the prestigious Chinese Academy of Sciences in Beijing, but at the age of 32 he left his home country and came to the United States to pursue his studies.

To that end, Xu worked for 12 years as a postdoctoral researcher in the Department of Neurobiology at Yale University School of Medicine. During this time, he helped advance the understanding of where vision in the brain develops. Working with neurobiologist and current Yale Vice Provost for Research, Dr. Michael Crair, among other prominent figures in the field, Xu has published approximately 20 research papers, which have been cited 800 times and that is not finished.

“Most of my work was about neuroplasticity,” he says, explaining that as development of the visual system occurs, it is highly dependent on both pre-existing systems and activity. “It goes from inaccurate to much more precise,” as the cortex becomes more “refined.”

The key to understanding vision, Xu says, begins before birth with the developing brain, pointing to deep-seated structures that prepare us to see.

As Crair explained to YaleNews last year, “Upon opening their eyes, mammals are capable of quite sophisticated behavior, but how are the circuits formed that allow us to perceive movement and navigate the world? It turns out that we were born capable of many of these behaviors, at least in a rudimentary form.

While articles written by Xu, such as “Spatial Pattern of Spontaneous Retinal Waves Instructs Retinotopic Map Refinement More Than Activity Frequency” and “A General Principle Governs Vision-Dependent Dendritic Patterning of Retinal Ganglion Cells” may not be light reading for the average person, these are essential research papers to help scientists understand how vision develops and eventually begins to function.

Another aspect of Xu’s research involves understanding myopia, the weakening of the eyes that occurs later in life in most people. “What we’re doing is trying to slow down the progression of myopia,” he says, through the use of properly calibrated lenses.

“We can understand vision at the molecular level, but that’s not really the level needed to analyze myopia,” Xu says. “For someone who is blind, they could take a chance on having something like (Elon Musk’s) Neuralink (a fiber optic technology that tries to interface the brain with screen translation). For someone who is just myopic, we can fit them with a properly balanced corrective lens.

After all those years in the lab designing and conducting experiments, Xu felt a strong desire to return to his previous training as a doctor, examining and diagnosing patients. “I thought it was more important to help people directly. With research, it can definitely help people’s health, but it’s not always clear how.

In 2017, Dr. Xu graduated with honors from the New England College of Optometry, and he has worked in the field ever since – from Torrington to Waterbury before moving to his hometown. At the new office, he hopes people will come to him for all their visual needs. “We do everything but surgery here,” Xu says, including eye exams, lens fittings, designer eyeglass frames and contact lens packaging.

“Once you get used to seeing clearly, you don’t want to see blurry anymore,” he laughs. 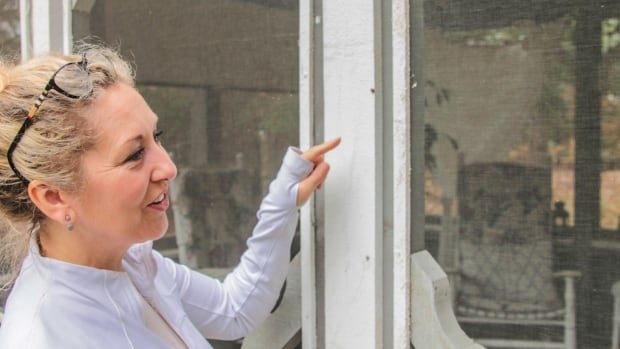