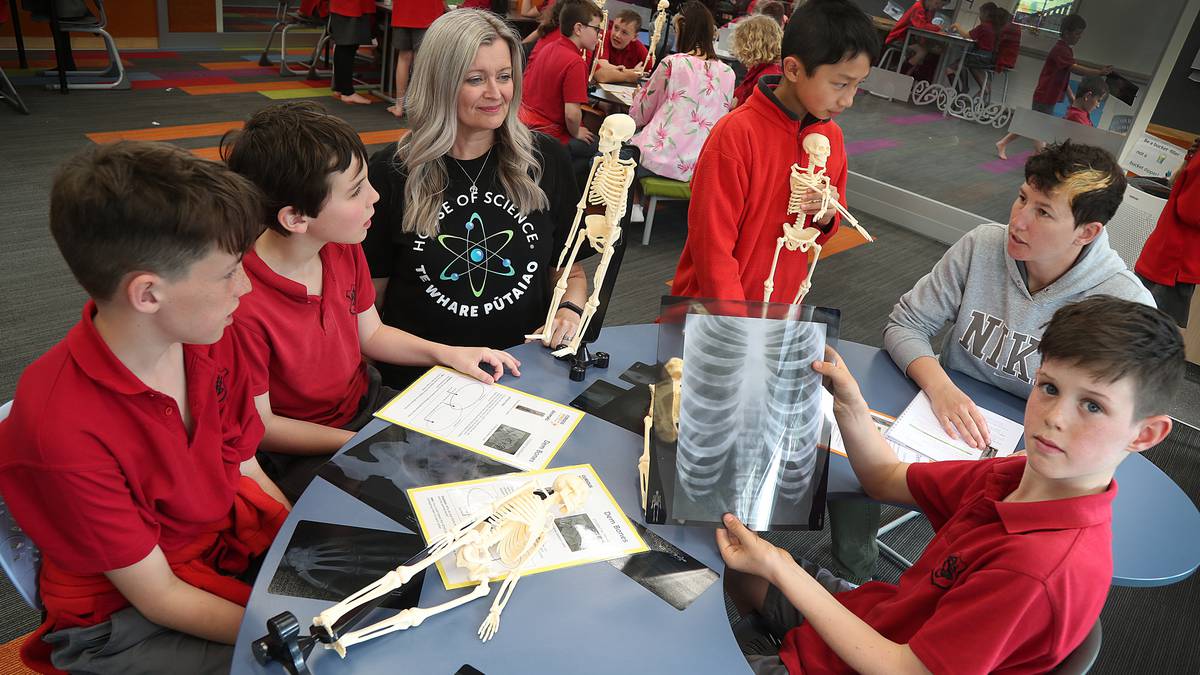 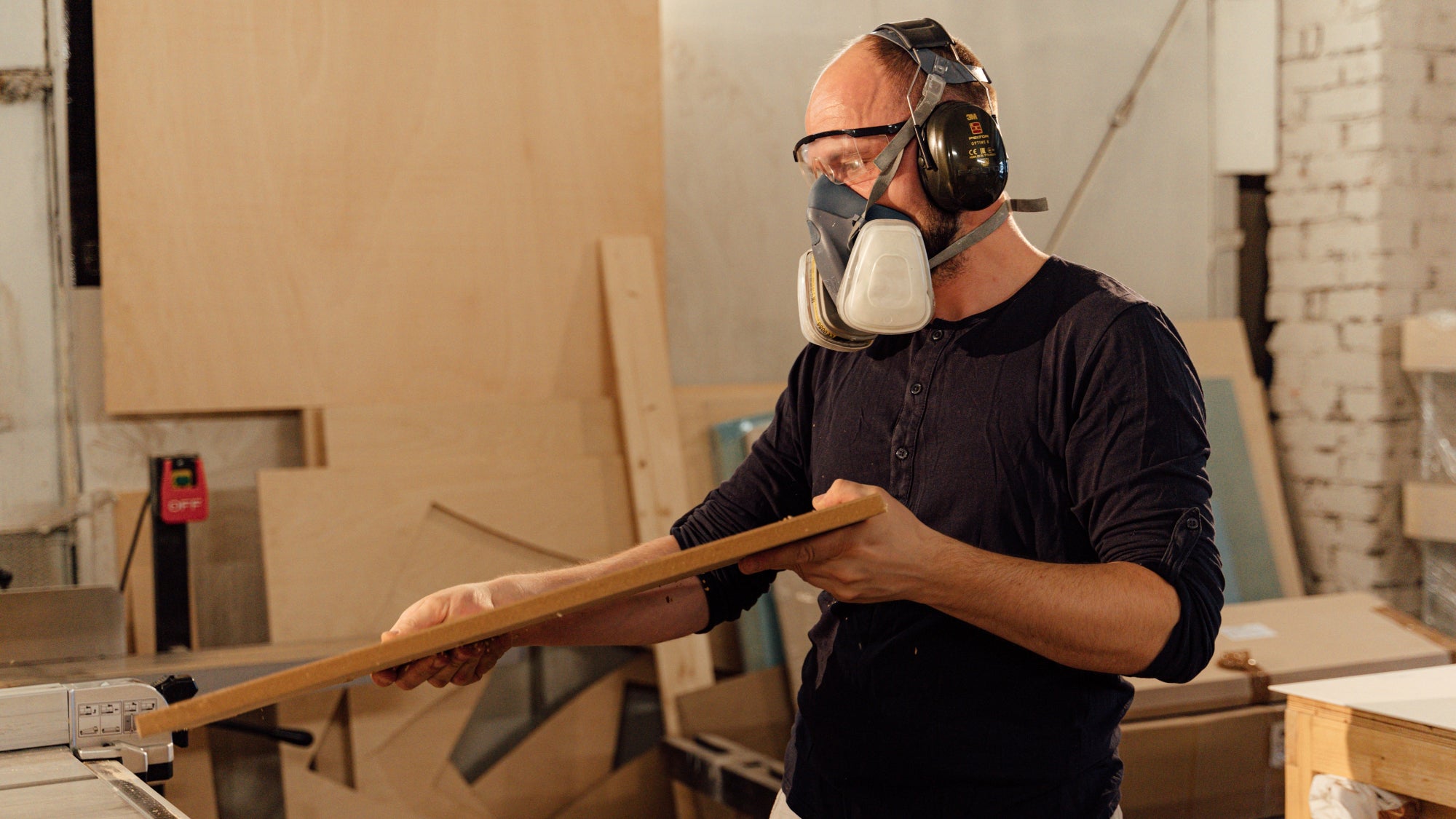 “Hope you got your tetanus shots,” Janie Agyagos said as she put one foot on a length of rusty barbed wire and used the tension to wrap the loose end. “I haven’t had my chance in a while,” she admitted.

The wire creaked as she wrapped it around itself.

Agyagos demonstrated the coiling technique to a small volunteer crew of retired men. Equipped with gloves, goggles and small bolt cutters – best suited for cutting multiple wires at once – they formed a semi-circle in the early morning fog that settled over the Beaverhead Road site. One of them trod the red dirt listening to Agyagos’ safety speech, mud covering his boots. Another donned a pair of homemade denim holsters that hung bolt cutters around his belt, like some kind of conservation cowboy. In the distance, orange sandstone cliffs emerged from low clouds.

“You don’t have to roll it too well; we will not be able to recycle it,” Agyagos said. “The things we are clearing today are really old. Much of it is buried. At least that means it’s not powered up. You don’t have to worry about it coming back when you cut it.

She folded the wire back on itself and wound the loops of the spool to hold the barbed wire tightly together, then she threw the crown of thorns into the bed of the van.

“Now, as we remove the wire along this fence, watch out for the posts,” she said, pointing to a line of mossy juniper trunks sticking out of the ground at gut height. “If they’re angled they can catch wildlife, but they actually make good perches if they’re upright.”

A wildlife biologist for the Coconino National Forest, Agyagos pays close attention to what harms and helps living landscapes. At a site like this – a dilapidated fence near a silted cattle tank – she’s mostly concerned about the safety of the pronghorn.

“Pronghorn in the Red Rock Ranger District once performed throughout the Verde Valley. Throughout everything,” she said. “And now the only place we have them is on the west side of (Highway) 89, between Cottonwood and Sedona. That’s it. They have disappeared from 90% of the range.

There is a main reason for this, Agyagos said.

“Shooting fences went in. Pronghorn doesn’t like jumping fences, and they go under,” Agyagos said.

To save duck animals from a nasty snag, the Forest Service has used fencing standards that include smooth bottom wire since at least the 1990s. Unfortunately, this area of ​​Arizona is criss-crossed by fencing that predates the current standard. .

“We have lost the pronghorn many times in my district alone,” Agyagos said. These deaths fall on the shoulders of his agency. “The Forest Service manages the habitat. This means removing unnecessary old fencing or converting fencing that does not meet wildlife specifications.

It sounds simple, but because National Forest lands are allowed for multiple use, something like dangerous fences can remain as permits pass from one holder to another. Like the trash left behind by a former tenant, the burden of responsibility is sometimes a bit hazy.

“I go around and clean up the mess from the shooting range,” Agyagos said, “But that really shouldn’t be my job. The leavers should do it.

There’s more mess than Agyagos can clean up alone. It depends on the volunteer hours served on workdays like this. But not all workdays are hard work.

When she was done with the fence removal safety interview, Agyagos followed the crew around the muddy cattle tank and then onto a berm on the other side. She told the group how she discovered the fence in this area by removing the wood thistle, an invasive plant in the sunflower family that aggressively reduces biodiversity. Then she pointed out beautiful shards of native bush – Alkaline saccaton – where they burst into long golden angles on the rim of the tank. The group pondered the exuberant foliage, then Agyagos identified areas where the volunteers could stop and begin clearing the barbed wire entanglements.

“The problem with fences is that they are more difficult to install than to remove,” encouraged Agyagos.

On the other side of the berm, she joined Jim Richards, a first-time volunteer, to give her some additional training.

With a little instruction, Richards cut and coiled with ease, and within 20 minutes he had bagged several long, spiked steel loops. Like the rest of the day’s volunteers, Richards was retired.

More friends for the forest

“I did cancer research at Berkeley for about 20 years,” he explained. “My wife passed away about a year ago, so I’m devoting my free time to worthwhile endeavours.”

“My philosophy has always been: when I leave the planet, I should have given more than I took,” he said.

Richards’ motives were mixed among the other volunteers. Once professionals in tech, education, medicine and more, retirees largely agreed that volunteer workdays were a great way to get out, stay active and get something done. good for the earth.

Ernie Demillo has also connected with the Agyagos Fence Removal Project through Friends of the Forest. He shared that he has been volunteering on projects like this for ten years.

At this particular fence removal site, the half-dozen men completed the job in less than two hours. The crew cleared enough fences to overflow the bed of Agyagos’ van. Bare climbed to the top of the rusty rumble while Jim Manning, the man in the denim holsters, helped tie up the mess, threaded a rope through the biting spools and tied it to the trailer hitch. The other men stood there and chattered happily, cursing about bits of wire too buried to be removed, wondering about the species of tree that grabbed a few volunteers by its inch-long thorns, talking about days of work gone by. and future.

Their services would be needed again the next day for a trail project in Oak Creek. Next month, Agyagos would need help removing the fence in an area near Clarkdale.

“This weekend we put on track by Bell Rock,” said Richards. “There must have been 20 of us. We were like an army.

The reality of this volunteer army is bittersweet. Slowly, this indicates a large amount of Samaritan hands in the community.

“We have so many volunteers who are ready to do this job,” Agyagos said.

But the bitter truth is that without volunteers, many forest projects may not be possible.

“I don’t have anyone working for me,” Agyagos said. “My volunteers are my program. »

She estimated that in her job alone, the volunteer hours provided the equivalent of five full-time positions. In the Red Rock Ranger District, volunteers provided over 360,000 hours of labor between 2017 and 2021. This equates to the workforce of approximately 36 full-time jobs over five years. It’s a number that begs the question of whether the Forest Service’s needs are being met by a sufficient federal budget to hire enough staff, or whether they’re getting off graciously.

It’s a deficit worth thinking about, but in the meantime, the volunteer relationship is always mutually beneficial. When the mist cleared and the morning sun touched land, the men of Agyagos’ crew were all smiles, their hearts strengthened from the early effort.

It feels good to be needed, and when it comes to managing the unglamorous front lines of conservation and wildlife protection, willing hands are needed.

“Especially in today’s world, with our government funding buying missiles before buying trails, you rely on citizen participation; it’s just essential,” Richards said. “But if you take all the volunteer work and try to pay for it…” he hissed in disbelief. “Hello Mom.”